The ski lovers has spoken - Stöten is the best!

With almost a quarter of the votes, 23,4 percent, Stöten was, without a doubt, the first choice among Swedish ski enthusiasts. Stöten is 'Sweden's Best Ski Resort' according to the ski site Freeride's readers. But there's more - we also reveived the award for 'Best Ski Resort for Families with Children' and 'Best Slope' for the second time in a row!

The majority of Stöten's guests are families with children, and they're obviously satisfied with our product. Of all the voters, Stöten received almost one fourth of the votes, 22,7 percent. Stöten is,  no doubt, the best!

- We are incredibly happy over this award. We've invested a lot in our family guests with children, including a brand new kids area with miles and miles of green and blue slopes, all available from Dalarna's fastest 6-chair lift, Vargy Expess. We've also worked hard to create a good 360 product for our youngest guests, including a great ski school. Last, but not least, we always make sure to have a wide selection of activities for children in 'Vargklubben' (The Wolf Club) and kid friendly restaurants. Being a kid, as well as being a parent, should be easy in Stöten. This awars is the receipt that we've succeeded with out goal, says Johan Thorn, CEO at Stöten i Sälen AB.

Freeride's readers also seem to like our slope 'Älvan' - Stöten's precious black slope with a 370 meter drop. It was now elected 'Sweden's Best Slope', same as the year before. As much as 30 percent of the voters casted their vote on the long and varied slope, Älvan. The slope is also qualified for FIS GS, in other words, giant slalom, which is rare here in Dalarna.

To sum things up - Stöten is the given first choice among Swedish ski enthustiasts, whether you travel with children, like to ski great slopes, or just like an excellent ski resort in general. Stöten is the place to be! 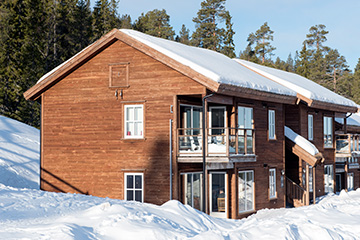 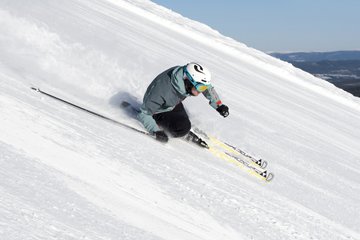 Did you know that many professional skiers think Älvan is one of Sweden's best slopes? 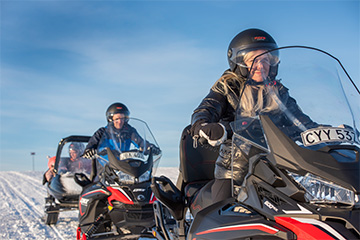