Vargy is a big, cheeky and cuddly wolf who likes high fives and is Stöten’s mascot. He is the kindest and lives under a large spruce near Mormors Störtlopp (Grandma's Downhill) – go there and have a look if you want! When it's dark and the stars adorn the sky, he hurdles under the spruce. There he lies and counts the stars until he falls asleep. If you listen carefully, you might be able to hear him snore. Vargy has a tight and warm coat, but when the thermometer shows -40 degrees, he moves out from his place under the spruce to see the indoor light. There must be some moderation.

It's nice to sleep, but daytime is the best, Vargy thinks. Because then, there is the Wolf Club. The Wolf Club, which is for children between three and eight years, is great fun and contains puzzles, jokes and games. Join us on an exciting treasure hunt or our cool après ski that makes everyone very happy. Or Mys in Lyan, where we are baking, laughing, reading and other things that both wolves and children think are fun. 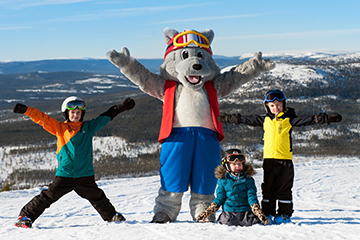 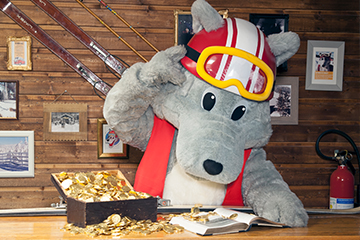 Then there is the Wolf Club Trophy. Vargy thinks is the best competition in the world. Anyone competes by skiing or snowboarding. Make sure to get some secret tips from Vargy, because they will help you in the race! Since everyone is a winner, everyone gets a prize. 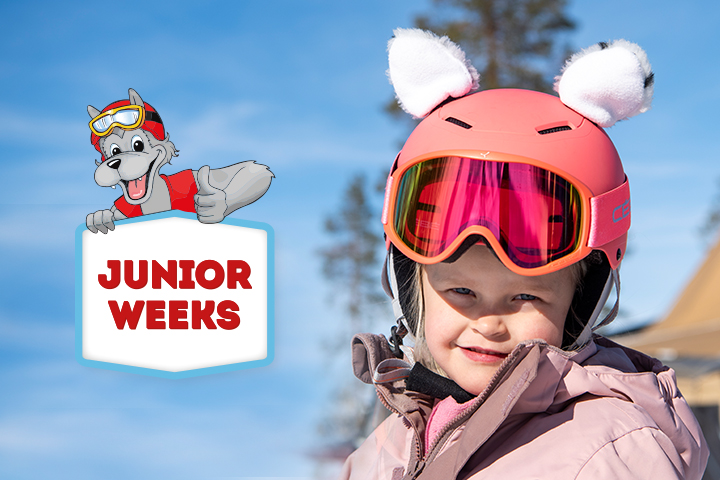 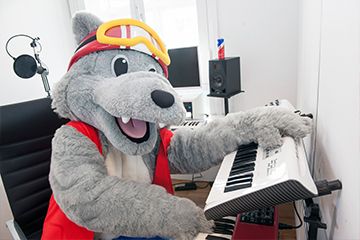 You haven’t missed Vargy's big hit, have you? 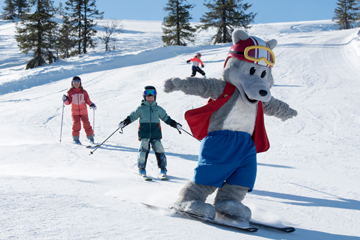 Hang out at the wolf den, join a treasure hunt, celebrate birthdays, and more.